A 16-year old 100-level student of Microbiology at the Obafemi Awolowo University, OAU, Ile-Ife, Mercy Afolaranmi, killed herself more than a week ago. Miss Afolaranmi took ‘Sniper’ days after she wrote on Facebook that she wanted to see God’s face and speak with him face to face. 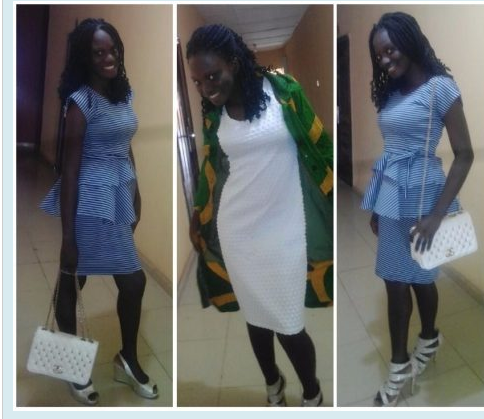 Obafemi Awolowo University’s Chief Security Officer, Babatunde Oyatokun, said, “We got a call that one of our students took poison. We got to hospital to realise that she mixed rat poison. She gave us the contact of her parents but before they arrived, she already gave up due to the effect of the poison she took,” he told Premium Times.

Her fellow students and a neighbour also revealed that Mercy killed herself due to poor grade. 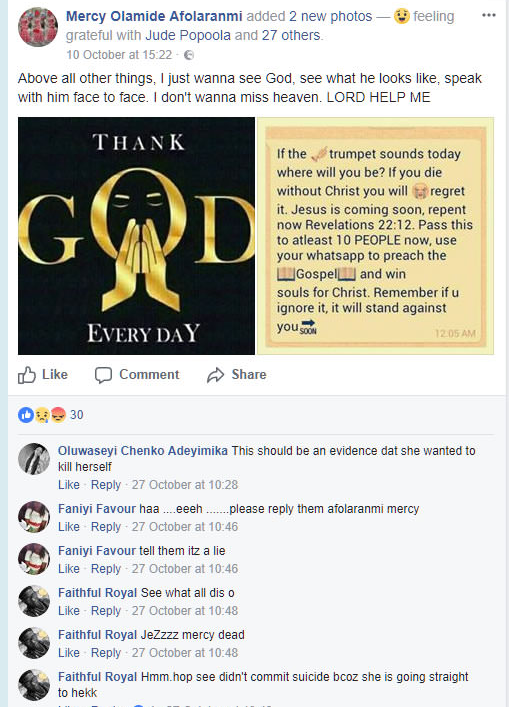 The Osun State Police Command has invited the father of a late undergraduate of the Obafemi Awolowo University, Ile Ife, Mercy Afolaranmi.

It was learnt that the police called Mercy’s father, Matthew Afolaranmi, for clarification on his daughter’s death. This is just as Mercy’s roommate, identified only as Taiwo, has refused to comment on the circumstances surrounding the death of the 16-year-old.

Mercy’s parents, who spoke with a Punch correspondent, had called for investigation into the death.

Her mother, Elizabeth, told Punch that she (Mercy) had told her that she would be coming home on the day she allegedly drank the poison.

Elizabeth had noted that when she called her phone number on that day, it was her roommate who picked the call.

The victim’s father, Matthew, said he got an invitation from the police station investigating the case last Friday.

He said, “I was asked to come with the seminar note she was preparing before her death. I didn’t even go with the note. When I saw them, they said the case was being investigated and it had been transferred to the command headquarters.”

Mercy had told her mother she was returning home to deliver a lecture in a seminar involving some teachers in Ado Ekiti, Ekiti State.

She was reportedly preparing the note when she died.