According to reports, the Governing Council of Obafemi Awolowo University, Ile-Ife, has dismissed Prof. Richard Akindele who was allegedly involved in a sex-for-marks scandal. 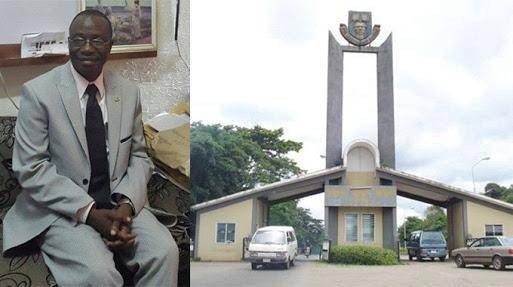 The Vice Chancellor of OAU, Prof. Eyitope Ogunbodede, announced Akindele’s dismissal in a statement on Wednesday in Ile-Ife.

Ogunbodede had, on April 19, confirmed Akindele’s suspension pending the findings of the investigative panel.

A student undergoing the Masters of Business programme, Miss Monica Osagie, had released a recorded telephone conversation, which went viral, in which the lecturer, identified as Akindele, demanded five rounds of sex to enhance Monica’s marks.

Ogunbodede said that the University Senate at its meeting on June 14 considered the committee’s findings that Akindele had inappropriate relationship with his student.

He said this was established through their conversation in the audio recording, his reply to the query, the oral evidence and the printed ‘WhatsApp conversations’ tendered before the committee.

The vice chancellor said Akindele had acted in a manner that compromised his position as a teacher and examiner, in that his conversations with Monica Osagie were about examination scores and inducement of favour for the alteration of examination scores.