The National Youth Service Corps (NYSC) has announced that unvaccinated corps members will henceforth be barred from gaining access to orientation camps. 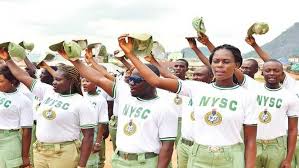 According to the DG, the scheme was making its own contribution to curbing the spread of Coronavirus following the detection of the Omicron COVID variant in the country, also warned that there is nothing like two weeks break after leaving the Orientation Camp.

Corps members were also warned against embarking on the night and unauthorized journeys, but break any journey extending beyond 6:00 pm and pass the night in a safe place.