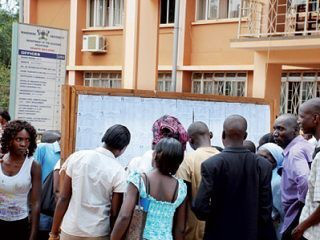 This is to inform all the candidates that applied for the Nuhu Bamalli Polytechnic, Zaria, Kaduna State admission that the management of the institution has released the names of successfully admitted candidates into its National Diploma (ND) programmes for the 2020/2021 academic session.

Admitted candidates are to check JAMB CAPS and either accept or reject the admission.

Candidates not yet admitted should note that admission is in progress, and regularly check the JAMB site and the polytechnic website for their admission status.

Congratulations to the Admitted ones