The nationwide strike declared by the Nigerian Labour Congress, NLC, has gained momentum in Kano on its second day, after low turnout and limited compliance across the states on Wednesday.

Normal activities continued in Kano on Wednesday when the strike, which was declared in protest of the increase in petrol price, started. 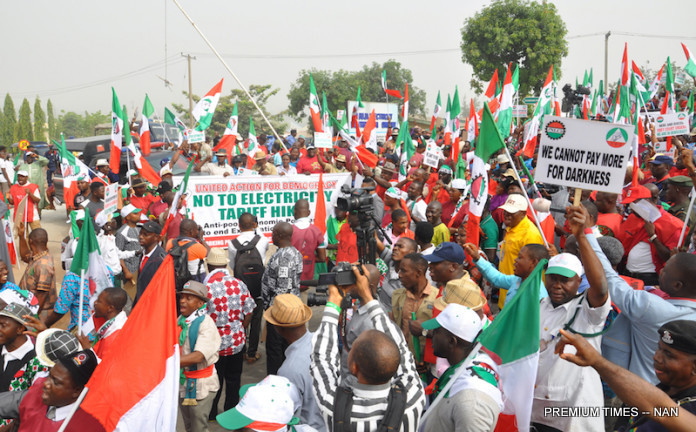 But on Thursday, the strike witnessed some level of improvements as all the 44 local government secretariats of the state, primary schools, and some selected government offices were shut down. Only select government primary and secondary schools opened on Thursday, alongside private schools.

There were no academic activities in all tertiary schools in the state, including Bayero University, North West University and State University of Science and Technology, Wudil.

This followed the announcement by the Academic Staff Union of Universities that its members were taking part in the strike.

The state NLC chairman, Kabiru Minjibir, told the media that the union was not considering street protests, to avoid a breakdown of law and order. But he said the union was working to enforce compliance at various offices. (Premium Times)