Simon Petrus is a Namibian Grade 12 learner who recently invented a mobile phone that is not just SIM-less, but also doesn’t require airtime to make calls. 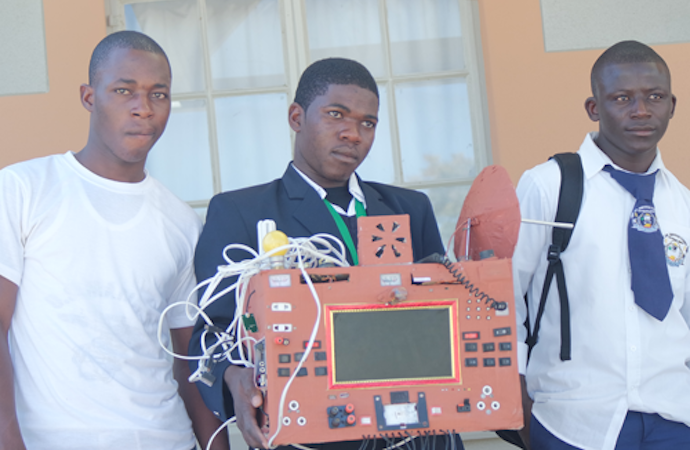 How He Invented The Mobile Phone That Doesn’t Require Airtime

It may not be the sleek, light or slim structure that we’ve come to expect from our mobile phones, but it does the job and more importantly… it does it for free.

Using spare parts from a telephone and a television set, Petrus has built a handset that uses radio frequencies to place calls anywhere as long as there is signal. The invention also functions off power supplied through a radiator.

According to Namibian publication, it took Petrus two years to develop his invention, which was funded by his unemployed parents, and cost around N$2 000 (R2 000) to produce.

The unit also features sockets that enable cellphones to be charged, a light bulb and a fan as well as the capability to watch TV through his box.

Petrus’s invention has already earned him first place in the regional leg of the NamPower schools competition and he will now go on to compete in the national finals round.

This is the second time he’s reached this stage of the competition, after clinching a gold medal last year for a two-in-one seed drier and cooler machine he invented.