What You Must Know When Checking JAMB CAPS Admission Status

Sequel to the activation of JAMB CAPS admission status portal, questions have been coming from candidates concerning the meaning of some terms like “NOT ADMITTED”, “ADMISSION IN PROGRESS” etc they see on their CAPS portal. 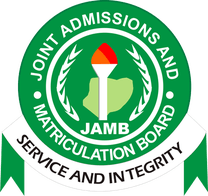 We would like to explain some few things concerning that.

Though JAMB has not made any official remark on this recently, however, we can deduce the possible meaning of these terms from what was said during the CAPS sensitization programme earlier this year.

If your Admission Status on the CAPS Portal reads “NOT ADMITTED”, it could be that your school of choice is yet to send the proposed the list of admitted candidates to JAMB. However if your school of choice has released its admission list and your admission status on CAPS Portal still shows “NOT ADMITTED” then it simply means that you have not been considered for admission in that school.

On the other hand, if you see “ADMISSION IN PROGRESS…..” it is likely that you have met the requirements to be admitted in your school of choice but not yet considered for admission due to issues like admission quota, ELDS, Male to female ratio etc. This means you may have a chance of being admitted if some other candidates that were offered admission in the school decide to reject the admission.

So if you are yet to be admitted, the best you can do is keep checking back on the portal and hope your admission status changes.

For those who have been admitted, congratulations! Please go ahead to accept your admission unless you no longer want the admission; in that case, you can reject it.

Finally, for those that say they were unable to see anything when they log on to their CAPS portal through their JAMB Profile, please try using a computer system or change your browser.