According to media reports, it was previously spread that the chairman of Oriental Energy Resources, Alhaji Muhammadu Indimi, had donated US$14 million to Lynn University in the United States. Well, according to him, the real amount he donated was $900,000. 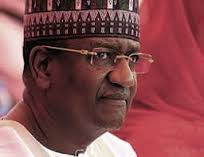 It was discovered that an official of Oriental stated that neither Indimi nor the company donated the figure for which he was being prosecuted by individuals especially Nigerians who were angry that he would such an amount to an American University instead of investing it in his home country.

According to Indimi in a statement sent to ThisDay, “Oriental Energy is a proud indigenous oil company with a steadfast commitment to investing positively and purposefully in the communities where we have operations and beyond. Oriental is particularly committed to fostering and supporting the development of education and indigenous technical skills, as a fundamental pillar for long term sustainable development. We understand that without adequate investment in the education of the youth, there will be no sustainable economic growth.”