The corpse of a man which was pulled out of Lake Michigan near Promontory Point Park, Chicago on May 8, has been identified as a Nigerian medical student, Ambrose Monye, who had been missing for more than two weeks, Fox news reports.

The 28-year-old who was a fourth-year medical student at the University of Guadalajara in Mexico and was on a two-year rotation at Jackson Park Hospital and Medical Centre in Chicago, was last seen on April 21 walking towards the University of Chicago’s John Crerar Library, a medical research library at 5730 S. Ellis Av. 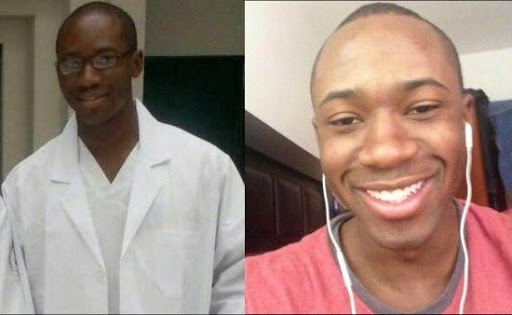 Confirming the development on Friday, Chicago Police Department spokesperson, Officer Nicole Trainor, said that on May 8, a body was discovered at 5400 S. Lake Shore Drive.

She said it took a few days, but the body was identified as that of Monye, noting that he was always at the coffee shops in the Hyde Park neighborhood.

The spokesperson said, “He has been identified and now it’s a death investigation. It’s an investigation to determine the cause of the death,” Trainor said adding that “it’s unclear if foul play was involved, or even when Monye’s body entered the lake.

“If any sort of foul play is discovered, the death investigation would become a homicide investigation,” she added.

According to family members, Monye’s disappearance was strange because he was preparing to graduate in a few weeks. (Daily Post)