He goes by the name, Eke Ifeanyichukwu Emmanuel, he emerged best graduating student from the department of microbiology, University of Nigeria Nsukka (UNN). 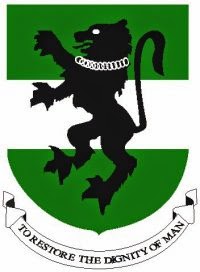 Emmanuel who graduated with a total grade point of 4.83, told newsmen in an interview section, that he used ropes as belt and also drank garri in order to survive.

He revealed that his zeal to graduate with a first class emerged when he attended 2012/2013 award section, when he saw students like him shaking hands with dignitaries and principal officers of the school, it was after then that he desired to be like them.

He said he never attended night classes because he believes their is a difference between hardwork and diligence. He disclosed that he reviews books from different authors and also carries out indepth researches.

Speaking on the challenges faced, Emmanuel revealed that the main challenge he had was finance, he said he feeds on garri and biscuit flakes, he had no shoes and clothes and paying his school fees was also a great challenge.

On his social life aspect, he said he mingles around friends and participate in some social activities when he could. He also said he doesn’t play football but enjoys watching his friends play.

In conclusion, he advised his fellow students to ‘Study to shew yourself approved unto God first of all and unto men’, which he said was the advise Paul gave to Timothy in the bible, he advised them to give in their best and be satisfied whenever they come out from the exam hall.