Sulyman Abdulkareem has been appointed the new vice Chancellor of University of Ilorin (UNILORIN) by the management. 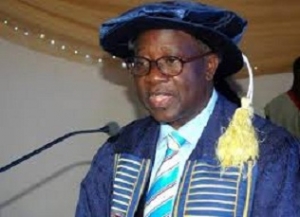 The university’s Pro-Chancellor and Chairman of council, Abdullahi Oyekan, announced the appointment on Monday.

The appointment will take effect from October 16 as the tenure of the outgoing vice chancellor, AbdulGaniyu Ambali, ends on October 15.

He was born in 1954 at Oro, Irepodun Local Government Area of Kwara.

Mr. Abdulkareem is a professor at the Department of Chemical Engineering.

He was once vice chancellor of the Alhikmah University, Ilorin.

His area of specialization is Heterogeneous Catalysis/Reaction Engineering.

He is the institutions’s 10th Vice-chancellor.