We Have To Make JAMB Greater – JAMB New Registrar

“Whether my period here is short, truncated or long, what is important is to do my bit and leave the stage better than we met it, just as my predecessors have done.” – Prof. Is-haq Oloyede 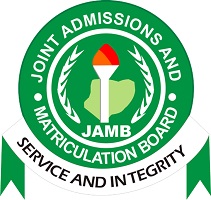 Prof. Is-haq Oloyede, the newly appointed Registrar/Chief Executive of the Joint Admissions and Matriculation Board, has said the task of improving on the work done by his predecessor was a collective one.

He said this on Monday when he took over from Prof. Dibu Ojerinde, who he hailed for making JAMB great.

He said, “Whether my period here is short, truncated or long, what is important is to do my bit and leave the stage better than we met it, just as my predecessors have done. Setting the stage is a collective responsibility and we all have to make this great Board even greater.”

“The time is short and we need to hit the ground running, with the fervent hope that the same support you accorded my predecessors which was instrumental to their success, will be accorded me too.

“Each of us was being patriotic to his constituency at that time. I sincerely believe that when you look back, you won’t have a cause to shake your head in contempt of what the JAMB you left has become.”

The former Vice Chancellor of the University of Ilorin and Secretary-General, Nigerian Supreme Council for Islamic Affairs, explained that while JAMB was already great, there was room to make some changes.

“I am inheriting a great JAMB but there is still sufficient room for improvement so that the Board can even be greater if we all change accordingly,” he said.

He explained that in his time as JAMB boss, he would pursue a five-point agenda, focusing on enhanced staff welfare, discipline, improved technology, transparency and advanced networking.

Ojerinde, on his part, called on the staff and Directors to support Oloyede the same way they supported him.

“I am sure you (Oloyede) will make things better than you found it. I am not surprised you are coming,” he added.