The Governing Council of the Lagos State University (LASU) has appointed a new Acting Vice-Chancellor in the institution. 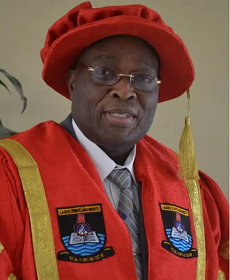 He takes over in Acting Capacity from Prof. Olanrewaju Adigun Fagbohun, SAN, NPOM, whose tenure ended on Sunday, 10th January 2021.

Prof. Oke is a Professor of Plant Pathology and Former Dean, Faculty of Science. He joined the Lagos State University as an Assistant Lecturer in the Department of Botany in 1984 and rose through the ranks to become a Professor in 2004.