LASPOTECH 2015/2016 2nd Batch HND Admission List has been released by the school authorities and all aspirants of the institution are hereby informed.

We wish to inform all Lagos State Polytechnic HND aspirants that the 2nd Batch of admitted HND students into the institution has been released.

The list is yet to be uploaded online but is now available on the school’s admission notice board.

To check your admission status online visit the link below:

2.Click on “Login” and proceed to view your admission status. 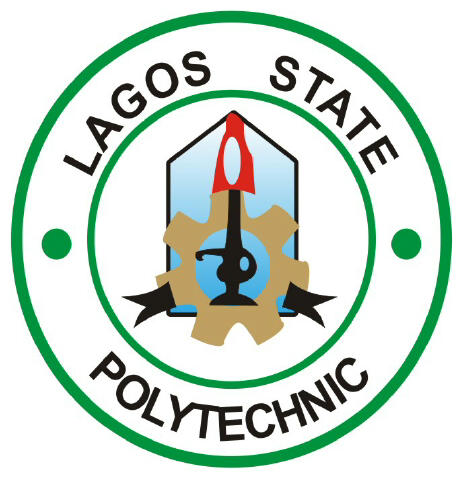 Lagos is Nigeria’s most prosperous city, and much of the nation’s wealth and economic activities are concentrated in Lagos State. The commercial, financial and business center of Lagos and of Nigeria remains the business district of Lagos Island, where most of the country’s largest banks and financial institutions are located.

Its progress, development and growth emanate from its dynamism as the nation’s commercial\cultural melting pot in tourism, football, education and from the commendable foresight of successive administrations that have governed the state.

Lagos State lies to the south-western part of the Federal Republic of Nigeria on the West Coast of Africa. It has one of the largest and most extensive road networks in West Africa. The Lagos-Ibadan expressway and the Lagos-Abeokuta expressway are the major arterial routes in the north of the city and serve as inter-state highways to Oyo and Ogun States respectively.

To the West, the congested Badagry expressway serves outlying towns such as Festac town. It stretches for over 180 kilometers along the coast of the Atlantic Ocean. It is pertinent to note that despite its sprawling population, constant reconstruction, renovation and incessant traffic jams, Lagos still offers a lot of satisfaction to its visitors and inhabitants.

Lagos is a bustling social city with varying traditional festivals such as the Eyo and Egungun festivasl, carnivals and other side attractions such as theatres, cultural centres etc. It has a vibrant administration which is supported by 57 Local Government areas, one of which is the Ikorodu Local Government that hosts the main campus of the Polytechnic.

In 1986, the Lagos State Government changed the name of the Institution from the Lagos State College of Science and Technology to the Lagos State Polytechnic. Academic activities started at the Isolo Campus of the Polytechnic in January, 1978 with the admission of 287 pioneer students into five different departments, viz: Accountancy and Finance, Insurance, Secretarial Studies, Management and Business Studies. The College was also offering Basic Studies Programme for candidates wishing to prepare for the G.C.E ‘A’ levels in Arts and the Sciences.

On the 1st of August, 1978, the Lagos State Government-owned School of Agriculture at Ikorodu was integrated into the College to become the Ikorodu Campus. The Polytechnic is concluding efforts to move from its hitherto multi-campus nature, to a monocampus institution.

Sequel to the movement of the seat of administration to the Ikorodu permanent Campus, the Polytechnic had been operating a multi-campus system with three campuses namely, Ikorodu, Isolo and Surulere, (the last two located within Lagos metropolis).

With effect from May 2000, the Ikorodu Campus took over from the Isolo Campus as the seat of administration of the Polytechnic and the permanent campus of the institution. Since the giant step was taken in the year 2000, the institution has moved most of its schools and departments to the Ikorodu campus, while plans are going on to move the few remaining departments of the School of Management and Business Studies in the nearest future after the completion of accommodation facilities.

It is pertinent to note that the Polytechnic will still retain the Isolo Campus as the School of Part Time Studies, in view of its proximity to the major clientele for the programme, who are largely situated in the Lagos metropolis.