The Lagos State Government has announced plans to teach SS3 students from home by using Radio and Television media. 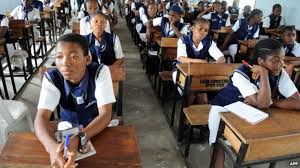 This was announced by the state Commissioner for Education, Mrs. Folasade Adefisayo who disclosed that they are making arrangements for SS3 candidates preparing for the West African Senior Secondary Certificate Examination (WASSCE) to be taught some core subjects via radio and television.

According to the commissioner, teachers would pre-record lessons in eight subjects for broadcast on radio, television and online. The core subjects are: English Language, Mathematics, Biology, Chemistry, Physics, Literature-In-English, Financial Accounting, and Economics.

Recall that the state government has asked both public and private schools to embark on a compulsory from March 23, because of the global outbreak of influenza flu.

Folashade who advised public and private schools to comply with the closure of schools in the state, added.