Kiss Daniel has been racketeering attacks on Twitter as a result of his claims that he gained university admission at the age of 13. The fast rising Nigerian singer recently revealed that he graduated with a 4.32GPA in ‘Water Engineering’ from the Federal Univeristy of Agriculture, Abeokuta, in 2013, putting his age, as at the time of graduation, at 18.

The ‘Woju’ hit maker has since the revelation been a target for criticism.

A Twitter user with the name, @Zubairthedream shared the newspaper clipping and asked, “How old are you, really? @iamkissdaniel,” before going on to list out these: 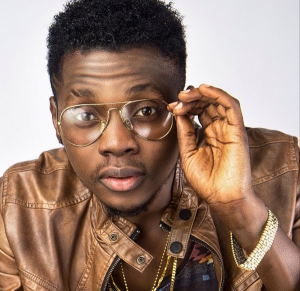 Now, Twitter has been thrown into a frenzy with fans of the singer trying so hard to defend him.

See some reactions below:-

I heard kiss Daniel said he was 13 when he gained admission. I hope the news is not true

Me (Ose Daniel) : I am finished. pic.twitter.com/DsvYdP88aD

@Zubairthedream@Tygaresss1@iamkissdaniel He got into the University at age 13…i laugh in my local dialect. No be my business sha…lol

He started his music career professionally in 2013 after his tertiary education, when he came across G-Worldwide Entertainment CEO, Emperor Geezy. After being signed to G-Worldwide entertainment, he released his first official single ‘Shoye’ which was produced byBeatburx on May 1, 2014, along with a music video directed by MEX.