The nine abducted students of the Ahmadu Bello University (ABU), Zaria, Kaduna State, have been released. 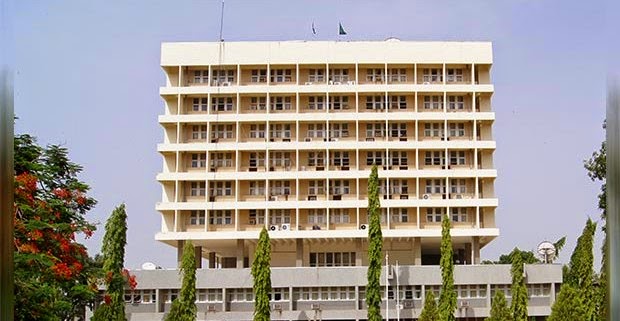 The Director of Public Affairs of ABU, Mallam Auwal Umar, confirmed the development to PUNCH Metro on the telephone on Sunday.

Umar said the victims regained their freedom on Saturday.

Asked if the ransom was paid by the families, Umar said, “We don’t want to go into that. Honestly, I don’t know; but all that I can confirm to you is that they have been released. They were released last night (Saturday).”

A relative of one of the students, Julius Mutum, also confirmed the release in a tweet.

He wrote, “Some of the #ABU9 including my sister have just regained their freedom. Strictly by family efforts. Thank you @TheAbusite for lending your voice when everyone, including govt and security agents, didn’t care.”

The students, who were from the Department of French, were travelling to Lagos for a programme at the Nigerian French Language Village, Badagry when they were abducted along the Abuja-Kaduna Expressway by gunmen.

It was reported that the kidnappers later reduced the ransom.

PUNCH Metro gathered that while some of the parents paid about N500,000, others paid between N1m and N4m.

A parent, who spoke on condition of anonymity because of the sensitive nature of the incident, said the bandits released his daughter after he paid N500,000.

He added that he sold some of his livestock and property to raise the money.

Another parent, who claimed to be part of the team which delivered the ransom, said the kidnappers first directed them to Abuja Junction.

He said, “They called me yesterday (Saturday) and said if I was not able to pay N1m, they would kill the girls or marry them or use them as sex slaves.

“On arriving Kaduna, we were told that security personnel was monitoring the bandits in the bush.

“But surprisingly, the bandits called us and told us to come and wait at the Abuja Junction.

“They sent us a telephone number to call. We called the number and the person came to take us in a car. Unknown to me, the owner of the car was also a victim — his daughter was among those abducted.

“We drove along the Kaduna-Abuja Expressway; that was around 11 pm, to where we delivered the ransom.”

He said the bandits also demanded a certain number of crates of soft drinks and cartons of milk from each parent.

“When we got to Dutse, we stopped at a junction leading to the bush. We met soldiers there and they stopped us and made the four of us in the vehicle to sit on the ground.

“We trekked far inside the bush from Dutse and handed over the money to them and they released the girls to us.

“Some parents paid N1m, some paid N2m, some paid over N500,000, depending on how each parent bargained with the hoodlums because they spoke separately to the parents.

“Some parents were asked to drop their money at a particular place at Abuja Junction and leave the place then somebody picked the money, counted it and notified the people in the bush that the money had been paid,” he added.