Students of the Kaduna State University (KASU) on Wednesday, May 26, protested against the increment in school fees by the authorities of the institution and called on the state government to intervene. The protesting students condemned the hike where some courses were increased to N300,000 and N400,000 from N36,000, saying it would force many students out of school. 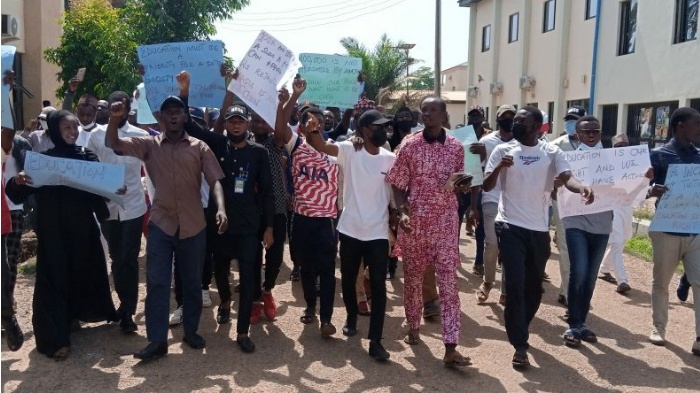 He said the students were shocked when the student’s portal showed that for new students, indigenes would now pay N150, 000 for art and humanities and N171, 000 for sciences while non-indigenes will pay N221,000.