Home » School News » KADPOLY Student in Critical Condition after Falling from a Three-Store...

The Students’ Union Government of Kaduna Polytechnic (KADPOLY) have announced that a student of the polytechnic is critically injured and unconscious after he fell from the third floor of a 3-storey building of Maths and Statistics Department of the Tudun Wada Campus (CST) of the Polytechnic.

He was rushed to the 44 Army Reference Hospital Kaduna and the situation remains critical. Read the announcement by the student union officials below. 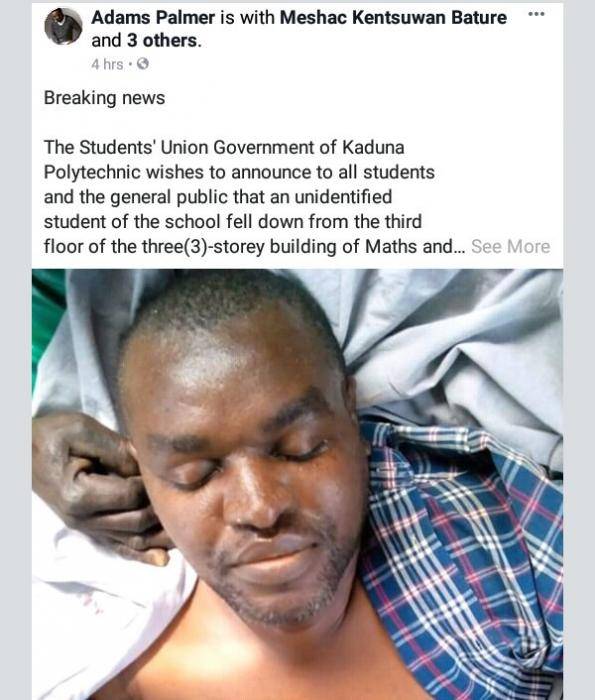 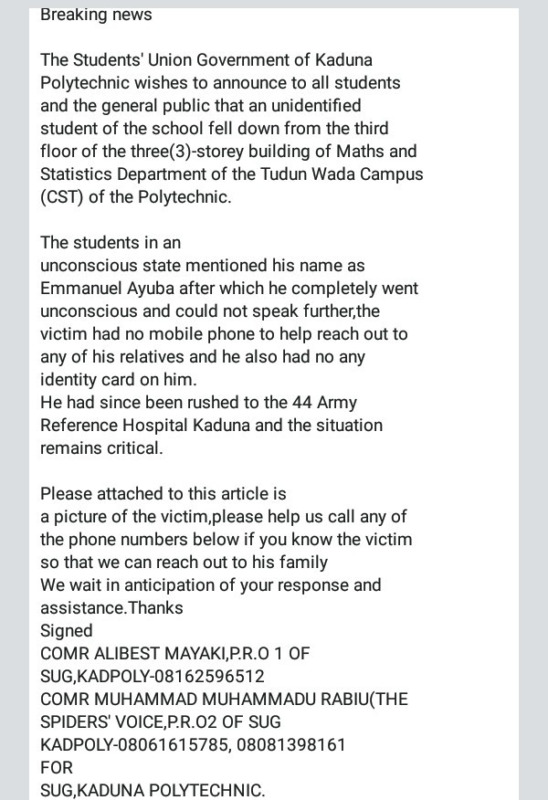