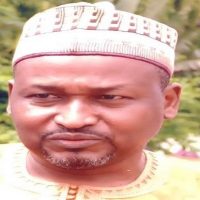 Bugaje took over from Dr. Catherine Eveh Uloko who has been in acting capacity since August 27, 2016.

A letter dated September 27, 2017 addressed to Bugaje and signed by the Minister of Education, Adamu Adamu said the appointment is for a term of four years in the first instance with effect from September 14, 2017.

Professor Bugaje who hails from Jibia local government area of Katsina state is a fellow of the Nigeria Society of Engineers (FNSChE), fellow of Solar Energy Society of Nigeria (FSESN) and a registered engineer with the Council for the Regulation of Engineers in Nigeria (COREN).

Born on March 7, 1958, he attended Gobarau primary school, Katsina, Government Secondary school, Katsina And Ahmadu Bello University, Zaria where he obtained B.Eng.Hons and M.Sc. in Chemical Engineering and then University of Newcastle-Upon-Tyne, U.K for his PH.D in energy engineering.

The acting registrar of Kadpoly and Secretary to council, Abdulkadir B. Abba in a circular issued congratulated the new rector and wished him a successful tenure in office.

Abba also enjoined all staff and students to give the new Rector necessary assistance and co-operation to enable him carry out his duties effectively.