The 2016 JAMB UTME which commenced on Saturday, February 27th, 2016 in over 500 centres nationwide, has been experiencing some server problems, according to reports.

A number of candidates in different centres have been complaining of one issue or the other in various centers according to the same reports.

At one particular center monitored in Lagos, the Shoms International School, a candidate complained about the server but adjudged the conduct of the examination as okay. 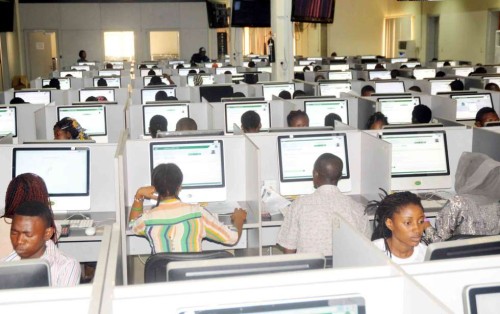 The students however advised the JAMB authorities to guide against overcrowding of CBT halls and the greed driven request by centre owners.

In YABATECH, where about 180 candidates were accredited for the examination, a student called on JAMB to look into issues of faulty computers provided for candidates by CBT owners.

Some other candidates lamented that the frequent shutting down of computers and power generting sets kept interrupting his exam and he could not finish. Hopefully, there will be a big improvement in the coming days of the CBT.

The good news is that these issues are not experienced everywhere. In places like the JAMB CBT Centre in the Nnamdi Azikiwe Library in the Universiy of Nigeria, Nsukka (UNN), there have been limited complaints.