People at the 8th Convocation ceremony of the Joseph Ayo Babalola University (JABU) witnessed the presentation of a student, Adio Odunola Esther, who graduated with a 4.90 Cummulative Grade Point Average, CGPA. 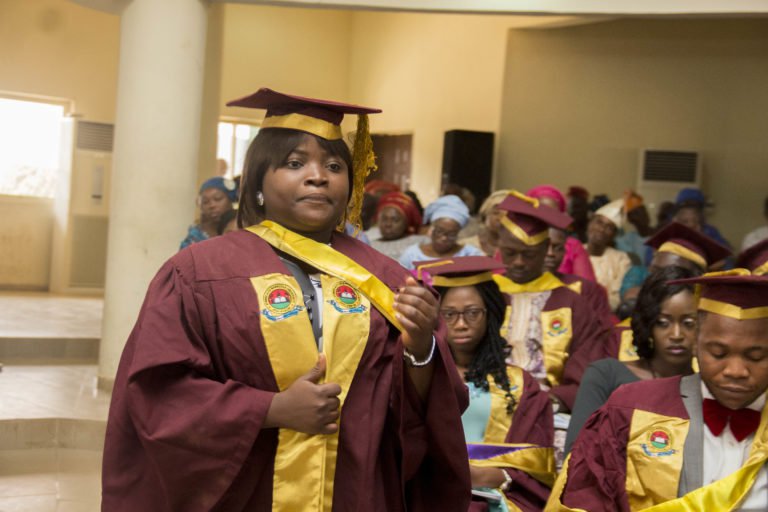 This happens to be the first time a student of the university will be graduating with such a high CGPA.

Esther who has just graduated from the Department of Computer Science, with an excellent result, has stated that the fear of failure spurred her to succeed.

According to Esther, she cannot calculate the hours she reads in a day, but she reads at any given opportunity.

She explained that; “I cannot actually calculate the hours I read in a day, but any opportunity I have to read, I read. At times I read immediate after receiving a lecture before another lecturer comes in. I read at any given opportunity.”

Esther who won a total number of six awards stated that she has failed once in her life while writing some exams, adding that each time she remember this, it always energize her to read more.

“My father always says that no matter course of study you choose, make sure you become a genius, and you are in command of what you are doing. This really helped in my studies. My mother has been supporting with prayers and advice and she has always been there for me,” she said.

Congratulations to Esther. We wish her all the best!