Nyesom Ezenwo Wike, the Rivers State Governor has commenced the construction of College of Medical Sciences for the Rivers state University of Science and Technology (RSUST), Nkpolu-Oroworukwo of the state. 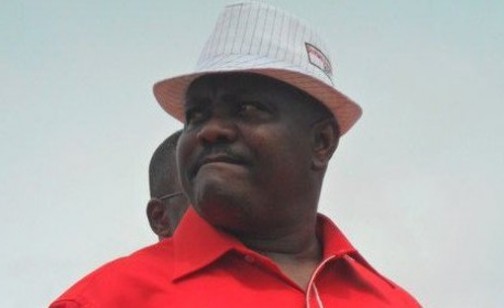 The governor directs state owned tertiary institutions to dismiss and prosecute campus cultists. Governor Wike has directed the immediate commencement of the reconstruction of the Faculty Buildings of Environment and Management Sciences of the RSUST. He released N1 billion for this purpose.

The governor further directed tertiary institutions in the state to expel and prosecute any student confirmed to be involved in cultism. Share on Facebook Share on Twitter college of medical sciences Governor Nyesom Wike of Rivers state While addressing students at the convocation of the RSUST on Saturday, April 9, Governor Wike gave an assurance that his administration will always invest in education for the purpose of developing the state. While congratulating the graduands, the governor urged them not to rest on their academic achievements, but to take concrete steps to succeed in all their future pursuits.

He assured that his administration will work towards creating employment opportunities for the graduands. He said that Rivers State needs their knowledge to move to the next level. The governor advised the graduands to work harder for success in view of the present economic circumstances. Governor Wike condemned cultism and the violence associated with it. He said: “I hereby direct governing councils of tertiary institutions to proscribe all cult and related groups, if they have not done so already and summarily dismiss and prosecute any student found to belong to such groups or participates in such devilish activities.” The governor renamed the Faculty of Law Complex to Dr Nabu Graham Douglas Complex to honour a seasoned lawyer and great leader of the state. In his address, the Pro-Chancellor of RSUST, Justice Iche Ndu (rtd) commended Governor Wike for commencing the construction of the College of Medical Sciences and backing he flag off with the release of funds.

He commended the governor for releasing funds for the accreditation of 17 academic programmes in the school. The acting Vice Chancellor, Professor Chimezie Didia said the school graduated 610 students for the Post-Graduate Degrees and 4457 for First Degrees. While commending the governor for kick-starting the commencement of the construction of the College of Medical Students, he said the first set of students will be admitted into the College by next academic session.