The management of the Federal University, Otuoke, (FUO) Bayelsa State, on Saturday, matriculated a total number of 2,430 students for 2016/2017 academic session. 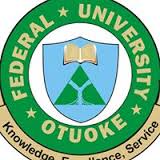 The VC Prof. Seth Jaja, who spoke on the 6th matriculation ceremony said the admissions were based on merits and in line with standards set by the Federal Ministry of Education, National Universities Commission (NUC), Joint Admission Matriculation Board (JAMB) and the institution’s Senate.

Jaja said the university only ran 12 academic programmes, which he said limited the number of prospective students offered admission into the institution.

He said the first challenge he faced when he assumed office on February 2016, was how to bridge this gap needed more in faculties like Engineering, Management Science and Education, which were hitherto not available.

He added that this challenge was overcome when the National Universities Commission, after due resource verification exercise, graciously approved 16 new additional programmes which increased the university’s carrying-capacity from 1,500 to 2000.

He noted that the approval helped to minimize the challenges of meeting the university’s social responsibility of granting admission to deserving youths in Nigeria and our host communities in particular.

He warned the students to stay away from illegal associations and relationships in and around the university’s environment, reminding them that the securities are always alert to spot any student who defaults.

He also advised the students not to allow themselves to be intimidated by any lecturer, urging them to raise the alarm when they notice abnormality.