FULAFIA Gets a New Vice-Chancellor

A new Vice-Chancellor has been appointed in the Federal University, Lafia (FULAFIA), Nasarawa State. Details follows below.

He is Professor Shehu Abdur-Rahman, who, until his appointment by the Governing Council of the University, was the Dean of the Faculty of Agriculture. 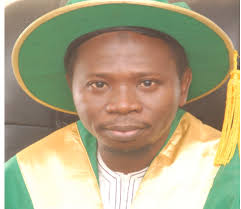 He emerged as the best candidate from a list of 43 people who contested for the position of vice-chancellor.

His appointment was announced on Wednesday, November 25, 2020, during the 5th Regular Meeting of the Governing Council of FULafia.

The appointment of Abdur-Rahman was a sequel to a thorough process that was carried out in accordance with the University Miscellaneous Amendment Act, 1993 and a consideration of the report of the Joint Council and Senate Selection Board.

Abdur-Rahman would succeed Professor Muhammad Sanusi Liman, whose tenure as the vice-chancellor comes to an end on February 10, 2021.

Professor Abdur-Rahman would be occupying the office of the vice-chancellor for the second time as he was formerly the vice-chancellor of the Federal University of Gashua, Yobe State before his tenure was truncated by the President Muhammad Buhari-led administration in 2016.

The newly appointed vice-chancellor joined the services of the Federal University of Lafia from the Nasarawa State University Keffi (NSUK) in 2019.