It has been reportedly brought to our notice that there was chaos at the University of Jos (UNIJOS) campus on Saturday as fire outbreak razed down the library complex of the university. 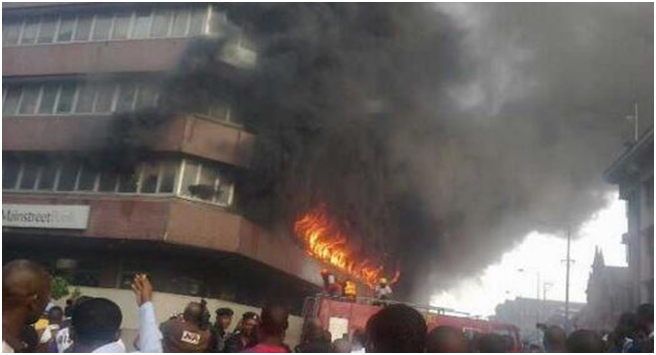 Speaking with newsmen, the Vice-Chancellor of the institution, Prof. Sebastian Maimako, said the fire started about 6:30p.m.

Maimako said that books, unmarked examination scripts and other materials were burnt in the building.

He added that the departments of Psychology, Political Science, Economics, Accounting, Business Management and office of Dean of Management sciences were also affected by the incident.

The VC, who expressed shock over the incident, said that the building, which was officially opened in 1997, also had materials from the faculties of Education, Arts and Department of Geology.

Meanwhile, the Director of Fire Service in Plateau state, Mr Samuel Musa, said that it took six hours to put out the flames.

Musa said that when the it was reported at 6.40p.m., his men immediately rushed to the scene but had to call for reinforcements from other units because of the magnitude of the inferno.