A lecturer at the Federal Polytechnic, Offa (Fed Poly Offa) identified as Ilyas AbdulWasiu has been remanded in prison over an alleged employment scam after being arraigned before the Kwara state High Court, sitting in Ilorin on Tuesday, October 29. Ilyas who is a lecturer in the accounting department was arraigned on a nine-count charge bordering on obtaining money under false pretence, and it was also gathered that his victims were majorly job-seeking couples. 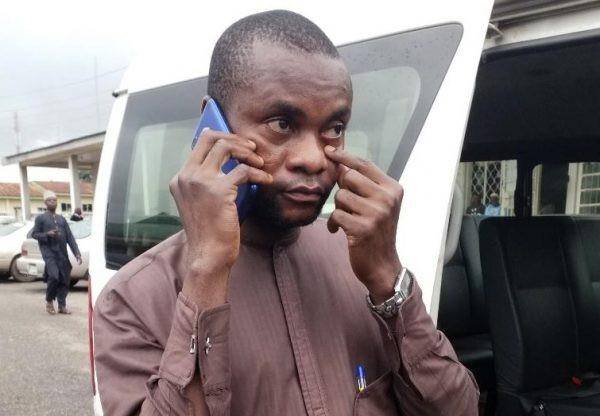 “The charges read before him accused him of intending to defraud the sum of #550,000.00 (Five hundred and fifty thousand naira) from one Mustapha Kabir by false pretence, claiming that he was in charge of Employment at the Federal Polytechnic, Offa and obtained the money for the purpose of securing employment for the said Mustapha Kabir and his wife, Jimoh Ganiyatu which representation he knew to be false and thereby committed an offence contrary to section 1 (3) of the Advance Fee Fraud and other Fraud Related Offences Act, No 14 , 2006”

He pleaded ‘not guilty’ to the charges, and is to be remanded in Mandala Prison pending the hearing and determination of his bail application.