The Federal Government has declared Tuesday, 20th, and Wednesday, 21st July, as public holidays to commemorate the 2021 Eid-el-Kabir Sallah celebrations. 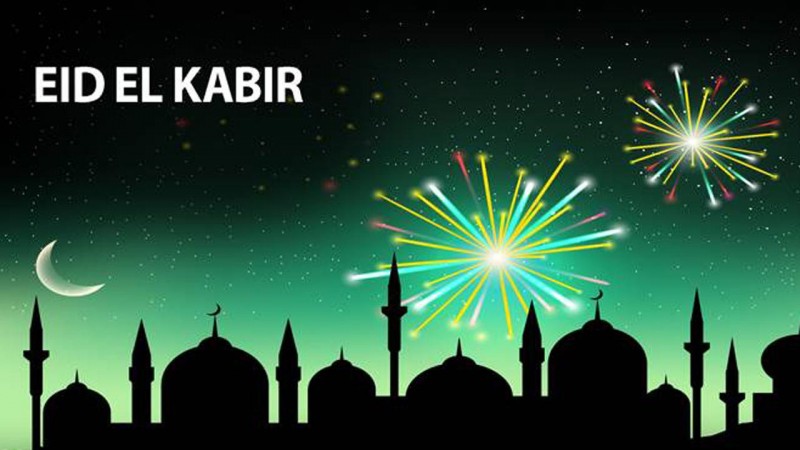 This is to notify the general public that the Federal Government has declared Tuesday 20 and Wednesday 21 July, 2021 as public holiday. The public holiday is to mark this year’s Eid-el-Kabir sallah celebrations.

This was contained in a statement on Thursday by the Permanent Secretary of the Ministry of Interior, Dr. Shuaib Belgore.

According to Belgore, Minister of Interior, Rauf Aregbesola, who made the declaration on behalf of the Federal Government, congratulated all Muslim faithful and Nigerians at home and in the Diaspora on the occasion.

“I call on Muslims to continue to imbibe the spirit of love, peace, kindness, and sacrifice, as exemplified by the Holy Prophet Muhammad (Peace be upon Him) and to also use the period to pray for peace, unity, prosperity, and the stability of the country, considering the challenges of insecurity we face at the moment. These mainly are bandits in the North West and North Central, insurgents in the North East, kidnappers, armed robbers, ethnic agitators, and sundry criminals in other parts of the country,” Aregbesola was quoted as saying.

According to Aregbesola, the government of the President, Major General Muhammadu Buhari (retd.), is “committed to the security of lives and property of every Nigerian, empowering the citizens for successful living, the provisions of social investments programmes and adequate security in the schools, especially with the spate of innocent school children being targets of kidnapping.”

The minister advised Nigerians to take responsibility by reporting any suspicious individuals and criminal activities to law enforcement agencies, especially during the festival.

Eid al-Adha (Id ul-Adha) is a four-day Islamic festival starting on the 10th day of the month of Dhul Hijja (Thou al-Hijja) to commemorate the willingness of Ibrahim (Abraham) to sacrifice his son.

Eid al-Adha, also called the “Festival of Sacrifice”, is the second of two Islamic holidays celebrated worldwide each year (the other being Eid al-Fitr), and considered the holier of the two. It honors the willingness of Ibrahim (Abraham) to sacrifice his son as an act of obedience to God’s command.

Before Abraham could sacrifice his son, God provided a male goat to sacrifice instead. In commemoration of this, an animal is sacrificed and divided into three parts: one third of the share is given to the poor and needy; another third is given to relatives, friends and neighbors; and the remaining third is retained by the family.

In the Islamic lunar calendar, Eid al-Adha falls on the 10th day of Dhu al-Hijjah. In the international (Gregorian) calendar, the dates vary from year to year drifting approximately 11 days earlier each year. Eid al-Adha is the latter of the two Eid holidays, the former being Eid al-Fitr. The word “Eid” appears once in Al-Ma’ida, the fifth sura of the Quran, with the meaning “solemn festival”.

Eid al-Adha has had other names outside the Muslim world. For instance, Eid al-Kabir which is another name means “the Greater Eid” (the “Lesser Eid” being Eid al-Fitr)