The Economic and Financial Crimes Commission (EFCC) has arrested not less than thirty (30) students of Moshood Abiola Polytechnic (MAPOLY), the Federal University of Agriculture in Abeokuta (FUNAAB) and Olabisi Onabanjo University (OOU) over internet scam. 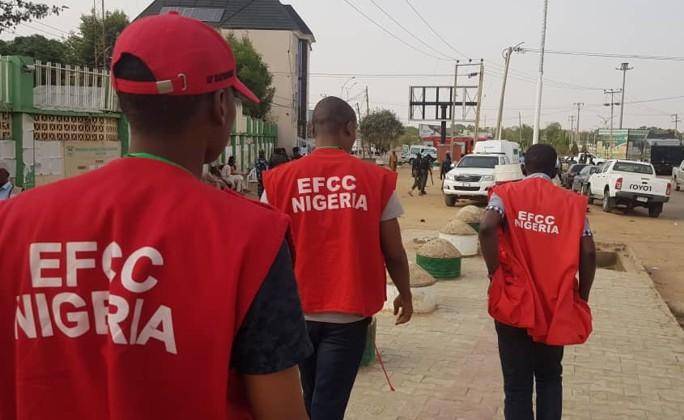 The students were arrested on Wednesday, after the anti-corruption agents arrived at some students’ hostels around 12am on Tuesday /Wednesday and broke in through the windows and the doors before making arrests.

According to Eye witnesses, the operatives raided student apartments, claiming that they were Internet fraudsters and carted away some cars, laptops and phones. Another witness, who spoke on condition of anonymity, said he was accosted on his way home by EFCC officials, but was later released after they searched him and could not find any incriminating material on him.