Home » School News » Discrimination Between B.Sc & HND Will Soon Be A thing Of The Past...

Discrimination Between B.Sc & HND Will Soon Be A thing Of The Past – Minister of Education

Malam Adamu Adamu, the Minister of Education, has reiterated the resolve of the present administration to end the dichotomy between the Higher National Diploma, HND and the Bachelor of Science Degree, B.Sc. holders. 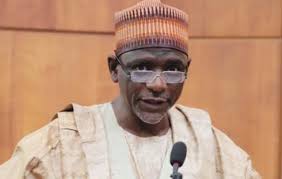 The minister said President Muhammadu Buhari was doing everything possible to end the vexed dichotomy, stressing that it makes little to place one above the other.

Speaking as the visitor to the 32nd combined convocation and diamond jubilee celebrations of Kaduna Polytechnic, on Saturday, the minister said‎ “the present administration is aware of the dichotomy between Higher National Diploma, HND and the Bachelor of Science Degree, B.Sc. holders and has taken all necessary steps toward bringing an end to the issue.”

Report shows that the dichotomy is mostly applied in the civil service where holders of polytechnic degrees are placed on the lower rung of the ladder and do not go beyond the level 14 in the service, irrespective of competence and performance.

Before now, previous administrations had promised to end the dichotomy but none had the gut to implement it.

Also, he appealed to the polytechnic unions to be patient with the present government as efforts are being made to address all their demands within available resources.

Represented by the Executive Secretary National Board for Technical Education, NBTE, Dr. Masa’udu Adamu Kazaure, the Minister charged the management of Kaduna Polytechnic to build on their achievements to ensure that the institution maintains her pride of place in the hallmark of fame for outstanding institutions in the country.

In his address, Kaduna State Governor, Nasir Ahmad El-Rufai corroborated the minister’s position and reiterated that “no meaningful development can be achieved without a sound education.”