Delta State Poly, Ogwashi-Uku resumption date has been announced by the management of the polytechnic. See details below.

Authorities of the Delta State Polytechnic, Ogwashi-Uku has announced its resumption date. This was disclosed via an official bulletin released on the 17th of September, 2020. 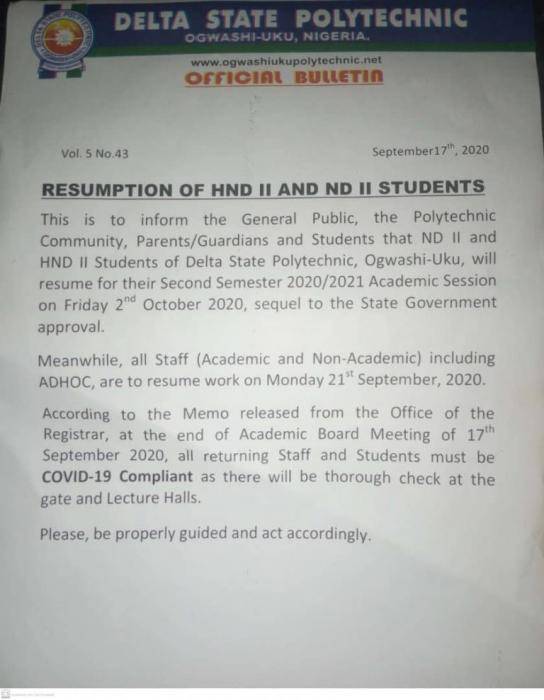 The Polytechnic will resume her second semester 2020/2021 academic session on Friday, 2nd of October, 2020 sequel to the state government’s approval.

Delta State Poly Ogwashiuku announces resumption date
All staff (Academic and Non-Academic) of the institution are to resume work on Monday, 21st of September, 2020.

According to the memo released from the office of the Registrar, all returning staff and students must be COVID-19 compliant as there would be a thorough inspection.