DELSU Post UTME 2022/2023: How to Know if You are Eligible for DELSU Admission Screening Exercise

Delta State University, Abraka (DELSU) has started selling their Post UTME and Direct Entry admission screening exercise application forms for the 2022/2023 academic session. The DELSU post UTME form can be obtained online and the screening exercise has been scheduled as detailed on the webpage accessible via the link below. 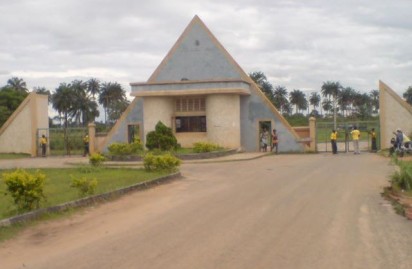 To be eligible for the DELSU post UTME screening exercise, you must have chosen DELSU as the first choice of University and you must have scored 150 and above in the 2022 UTME.

The Delta State University, Abraka – popularly known as DELSU, is a State government university with a main campus located at Abraka, Delta and a campus at Anwai, Asaba. With the 1995 Amended Edict, we now have a campus at Oleh.

The University offers post-graduate studies up to a doctoral level. A staff/student counselling centre, an e-learning centre, student accommodation and sporting facilities amidst others are available support services.. It is one of twenty-five federal universities which are overseen and accredited by the National Universities Commission.

Delta State University, Abraka has been historically recorded as a Centre of Education. It started as a Government Teachers’ Training College during the colonial era and some years into the post-colonial era. It became a College of Education that awarded Nigerian Certificate of Education (N.C.E.) from 1971-1985.

In 1981, it was affiliated to the University of Benin, Benin City and consequently offered degree programmes from 1981 till 1985 when it became the Faculty of Education of the then Bendel State University with its main campus at Ekpoma.