CRUTECH Admission List Released: The school management of the Cross River University of Technology (CRUTECH) have released the names of candidates offered admission into its various degree programmes for the 2020/2021 academic session. 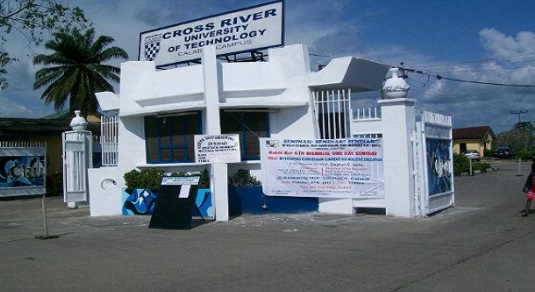 The list of candidates offered provisional admission into the Cross River University of Technology (CRUTECH) for the 2020/2021 academic session has been released. CRUTECH admission list contains the names of candidates who participated in the CRUTECH post UTME screening exercise and performed excellently.

How to Check CRUTECH Admission List on JAMB CAPS

Congrats to all those who made it to CRUTECH admission list.

Cross River University of Technology with the acronym CRUTECH was established in August 2002 by Cross River State Bill No. 9, which was amended as Bill No. 6 of 2004. The University is the outcome of the merger of three former tertiary institutions: The Polytechnic of Calabar, Calabar, The College of Education, Awi, Akamkpa and the Ibrahim Babangida College of Agriculture, Ovonum, Obubra, all owned by the Government of Cross River State of Nigeria.

The University took off in October 2002 with five campuses located in Calabar, Akamkpa, Obubra, Ogoja and Okuku dotted over a distance of well over 300 kilometers from one end to the other. In September 2008, the University lost the campus at Akamkpa, leaving it with four. It did not, however, lose the programmes run in the campus at Akamkpa as they were transferred to the campus in Calabar. The Faculties, Departments and programmes in the multi-campus university are presently distributed in the various campuses.