Impressed by the resilience and commitment of Bayero University, Kano (BUK) to compliment the effort of the federal government in boosting food production in Nigeria, the Central Bank of Nigeria (CBN) has indicated strong interest to fund rice production and processing in the University. 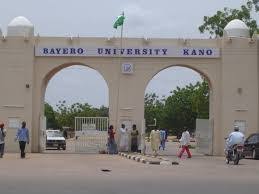 Bayero University will be the first university in Nigeria to blaze the trail in rice production and processing in commercial quantity.

The Central Bank and management of BUK have begun talks on how to develop a comprehensive blue print to fund the project aimed at increasing rice production in the country.

Bayero University had on Tuesday, 7th January, 2020 interacted with the officials of the Central Bank on how to develop a proposal that will lead to mass production and processing of rice.

The Head of Development Finance of the CBN, Kano Office, Hassan-Tom, affirmed that the move to partner with BUK in rice production was part of Anchor Borrower Programme introduced by the President Buhari-led administration to boost agricultural production in the country.

He said the collaboration would be the first of its kind in the country in which an academic institution would venture into rice production with the support of the CBN.

It could be recalled that recently, the Department of Agricultural Economic and Extension began rice processing and packaging, which attracted the attention of the business enterprises and the general public.