Bayero University, Kano (BUK) has set up a team of engineers to fabricate ventilators and also a team of chemists to produce hand sanitisers. See the details below.

In a bid to augment government’s efforts and capacity in curbing and containing the impact of novel coronavirus in Kano should it hit the state, a team of engineers in Bayero University, Kano (BUK) have been commissioned to fabricate ventilators for use in the state’s Treatment and Isolation centres. 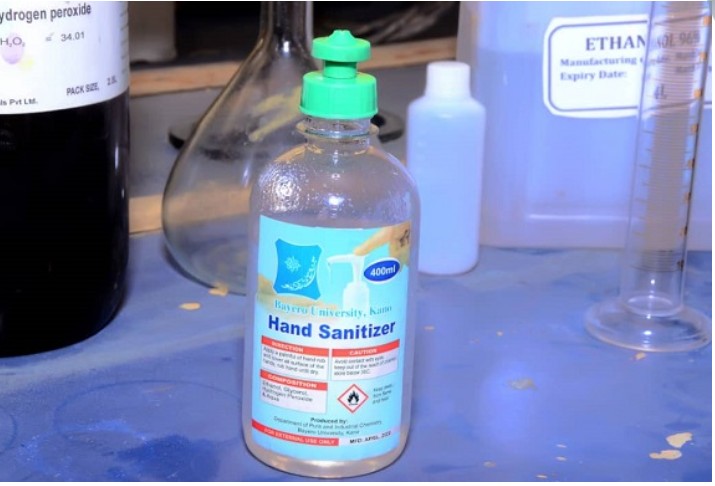 A statement signed and issued to journalists in Kano on Thursday by the Dean of Faculty of Engineering, Professor Salisu Dan’Azumi, said already, a seven-man committee had been set up with a view to producing prototype ventilators for emergency use in hospitals and other isolation centres in Kano.

According to Dan’Azumi, the Committee under the chairmanship of Professor Abdussamad U. Jibia from the Department of Mechatronics Engineering is expected to design and fabricate a prototype ventilator which would be use as an emergency measures in our hospitals. He said the Committee which had since swung into action was given two weeks within which to present its report to the Faculty Board including the design and construction of prototype ventilator for emergency use in hospitals and homes to treat patients of #COVID19 pandemic.

Equally, Professor Dan’ Azumi revealed that the Committee was charged with the responsibility of suggesting the modality for mass production of the designed and fabricated ventilators, adding that if succeeded in the production of the equipment, the deanery will approach University Management for sponsorship and possibly reach out to relevant agencies such as Nigeria Centre for Disease Control (NCDC), federal and state governments for mass production.

In a similar development, the university has mobilized professionals from Department of Pure and Industrial Chemistry to produce Hand Sanitizers for use within the university community. Daily Trust learnt that a number of staff from the Department who volunteered to participate in the project with a view to contributing their quota towards fighting the COVID-19, are currently in the laboratories formulating the sanitizers based on the World Health Organization’s (WHO) specifications.