This is to inform the general public that Benson Idahosa University (BIU) 13th convocation ceremony date has been announced. 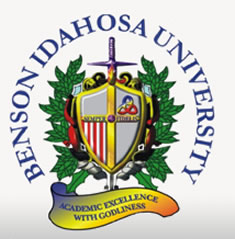 It was learnt that 60 of the students will bag first class degrees out of 722 students.

This was disclosed by the Vice-Chancellor, Prof Ernest Izevbigie, at a briefing for the 13th convocation holding on Saturday.

“The graduating students, nicknamed the ‘Titans’, have been trained in line with the vision of the university to produce global leaders,” he said.

He mentioned that the Ekiti State Governor, Mr. Ayodele Fayose, would deliver the institution’s convocation lecture.

He added that an honorary degree would be conferred on the Olu of Warri, His Royal Majesty, Ogiame Ikenwoli.

The Vice Chancellor, however, debunked reports that the institution had increased its tuition fees to about N1million.

“Reports about increase of tuition fees in the institution is untrue. We have not raised any of our fees. We are here to serve the students. The economy is in recession. We do not think this is the time to raise tuition fees.”