The Benue State teaching service board in its bid geared towards transparency and accountability in the civil service has disclosed that it uncovered 433 ghost workers, including 18 dead persons in its payroll. 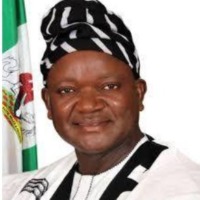 This was disclosed by the executive secretary of the board, Frank Kyungun on Wednesday August 5 while presenting the report of the screening exercise recently conducted by the board to Governor Samuel Ortom.

In the report presented to the governor, it was revealed that the screening uncovered 433 ghost workers on the payroll after verification of 4,473 staff across the three senatorial zones of the state. 18 dead persons, 70 retired staff, 193 redeployed staff, among other irregularities were removed from the payroll.

A committee has been has set up to immediately implement the board’s recommendation headed by the state commissioner for education, Dennis Ityavyar.