Benue State Students have protested against the prolonged strike action by the Academic Staff Union of Universities (ASUU). See the details below.

Sequel to the prolonged contention between the Federal Government and the Academic Staff Union of Universities (ASUU), students of universities in Benue state under the umbrella of concerned Benue State Students have staged a peaceful protest in Makurdi on Wednesday. 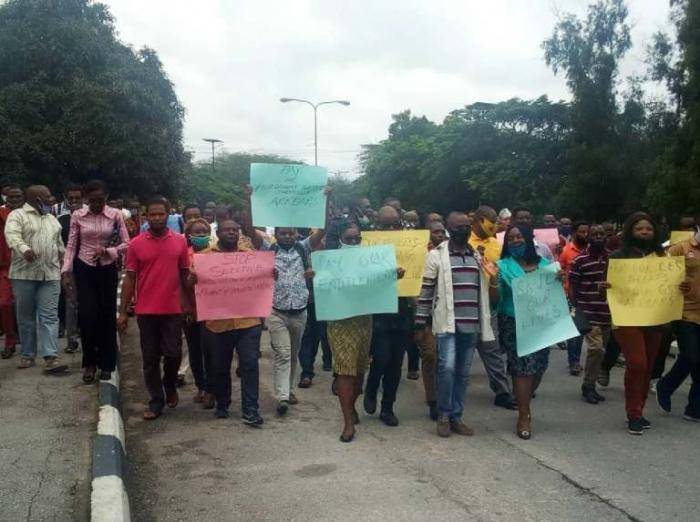 The students who gathered at the second campus of Benue State University (BSU), from where they marched to the main campus on Gboko road pressed the federal government to meet the needs of the striking lecturers.

While chanting solidarity songs, some of the students carried placards with various inscriptions such as; “End ASUU strike now,” “Open our campuses,” “All we ask is quality education,” “No to IPPIS, yes to UTAS,” among others.

The students who ensured orderliness all through the march also had officers of the Nigeria Police who were on hand to forestall any breach of public peace.