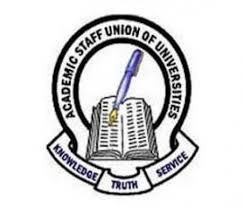 The Academic Staff Union of Universities (ASUU), University of Ibadan chapter, has faulted the guidelines released by the Joint Admission and Matriculation Board (JAMB) for admission of candidates into Nigerian tertiary institutions stating that JAMB acted beyond its powers.

According to the union, the Senate of Nigerian Universities has the mandate to regulate admission modalities as each university has standards which are not subjected to the whims and caprices of any government appointee.

Speaking, the Chairman of the union, Dr. Deji Omole, said both the Minister of Education, Mallam Adamu Adamu, and JAMB Registrar, Prof. Dibu Ojerinde, first got it wrong by going against the administrative charges collected by institutions for post-UTME and later reversed their stand in their guidelines which he described as illegal and designed to favour children of the rich against the poor.

He mentioned that the point-based scoring system in the guidelines is not new as it has been used in UI 5 years ago and abandoned.

He equally stated that JAMB is only trying to cover up their inadequacies as its credibility is yearly queried. He pointed out that last year candidates were pushed to private universities against their will and this year JAMB awarded 40 marks to some candidates without justification.

He further mentioned that with the stipulation on the current guidelines many candidates will be disadvantaged and JAMB would have succeeded in entrenching corruption and further kill tertiary education in the country.