According to Student Pulse: 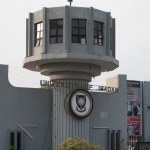 Eight students of the University of Ibadan (UI) slumped over the weekend while waiting to write their exams at an Open Distance Learning Centre.

The students who turned up to write the exams were over 3,000, with some coming from Ivory Coast,only for the exam to be delayed for over six hours.

It was when the sun turned up for the exams that the students began to slump one after the other.

“There’s lack of coordination and some things that were supposed to be put in consideration weren’t put into consideration. Every department offers GES 101 and they should have created spaces for people to stay instead of letting everyone stay under the sun.”

Speaking with the press, the President of the Student Representative Council, SRC, Mr. Oluleke Peters, said:

“This was how many students slumped last year. We hope that the management can adopt better strategy to conduct examination in the institution.

But nevertheless, suspension of the exam seems to be the best option available because time is already running out and there is risk of having more casualties if the examination is allowed to continue. A number of students that collapsed were rushed to Jaja clinic. We thank God that there was standby ambulance. The students are all in stable condition, and a few have been discharged.”

But that’s not the worst part. The management postponed the exams.

Reacting on behalf of the institution, the Director of ODL, Professor Bayo Okunade, said they had identified the problem and would proffer solutions to forestall future occurence, adding that the management would provide shelter for students during examinations.