700 students have been expelled from the Federal University of Technology, Minna (FUTMINNA) for various offences ranging from bad behaviour to poor academic performance in the 2015/2016 academic session. 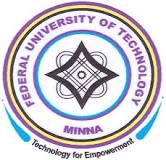 The vice chancellor of the institution, Prof. Musbau Akanji, revealed this on Thursday during the 30th matriculation ceremony of the university in Minna.

Akanji said the majority of the students were expelled due to low academic performance and anti-social behaviour.

According to him, the university has cancelled the practice of awarding pass mark for first degree courses, while the score has been raised. Consequently, most of those expelled did not score above 1.5 out of a possible GPA of 5.0.

He said the university hopes to reduce the high rate of failures recorded last year, adding that tutorial lecturers from the Postgraduate School would be engaged to assist the students.

The vice-chancellor, however, advised the matriculated students as well as all the students to be committed to their studies, urging them to shun examination malpractice, cultism, theft, and illicit drug use, adding that the university had set up the Committee against Anti-Social Activities to monitor students who engage in anti-social behaviour.