The Law Students Association of Nigeria (LAWSAN), National Open University of Nigeria(NOUN) chapter, says there are three sets of law graduates of the institution waiting for admission to Law School. 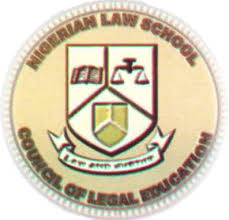 President Paul Oyemike, The Law Students Association of Nigeria (LAWSAN) disclosed this at the 2nd Annual National Grand Dinner and Award Night with the theme “Legal Education and the Future of Nigerian Legal System” in Abuja on Tuesday.

Oyemike said that the Law programme of NOUN was duly approved by the National Universities Commission (NUC), adding that the programme was run in accordance with laid down guidelines.

The Council of Legal Education (CLE) has repeatedly said that it will not recognise law graduates of NOUN for admission into Nigerian Law School (NLS).

According to CLE, the study of law must be undertaken on a full-time basis as it transcends knowledge acquisition alone.

“It is no longer news that CLE has consistently refused to accept the law graduates of the NOUN. As at today, NOUN has three sets of graduates waiting to be mobilised in the NLS.

“This rejection to us, is unfortunate and mind boggling, taking into consideration the fact that NOUN, NUC and NLS are all of one body – the Federal Government of Nigeria.

“The question now is, can the Federal Government contradict itself?”

According to him, several entreaties and interventions have not yielded any result as their hopes of practicing law are being dashed.

He said that the continued rejection of NOUN’s law graduates by CLE amounted to policy somersault on the part of the Federal Government.

Oyemike said that if the political will was there, it would not take the relevant authorities more than one month to resolve the standoff and admit the graduates into Law School.

He said that contrary to CLE’s stance that NOUN’s programme was done by correspondence, only materials were issued through the internet, adding that the students attended classes.

In his address, the Vice-Chancellor, Prof. Abdalla Adamu, said that NOUN’s graduates had gone through same course content as those from conventional universities.

Represented by Dr. Alero Akujobi, Dean of Law, NOUN, Adamu said that in other countries, law graduates from open universities were admitted to Law Schools.

According to him, for legal education to be relevant, it must lay emphasis on internationally acceptable standard as well as being qualitative and affordable.

Joseph Bamigboye, Senior Advocate of Nigeria (SAN), argued that the founding fathers of the law profession in Nigeria started the pursuit by correspondence.

He said that some of the pioneer lawyers completed intermediate law programme by correspondence before going to England to complete the course in recognised Inns of Court.

“They ended up as trail blazers; cultured and respected professionals.

“I am aware that the law programme of NOUN is in this caste and ought to be encouraged.

“There is no doubt the available facilities in all campuses of NLS is limited and under serious pressure, coupled with the need to closely monitor prospective entrants into the profession in view of the rising cases of indiscipline.

“However, giving the quality, calibre and maturity of persons pursing NOUN’s law programme, we can allocate a little quota of admission in the NLS to the programme with a strict check on the background of applicants.

“A serious peg can also be given to admission into the programme; we appeal to CLE in this regard,” he said.

Justice Cornelius Akintayo said that attending the best school or making a first class would not make one a good lawyer.

He said that he had the conviction that law graduates of NOUN should be allowed to attend NLS.

“I believe the concerned authorities should do the needful.

“After all, you are going to take the examination when you get to Law School.

“The benchmark for qualifying to be a legal professional is the bar final examination; I believe you should be given the opportunity,” Akintayo said.

The highlights of the event were unveiling of the Kanu Agabi National Moot Court Competition and presentation of awards to individuals who had contributed to the growth of LAWSAN and NOUN’s law programme.