Aircraft manufacturing giant, Boeing, has predicted that Africa will need about 22,000 new pilots and 24,000 new technicians by 2035. 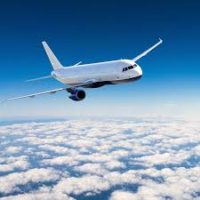 In a statement on their website, Boeing added that a total of 1.5 million new pilots and 24,000 technicians would be in demand worldwide at the same period.

According to Boeing, the outlook represents a global requirement for about 31,000 new pilots, 35,000 new technicians and 40,000 cabin crew annually.

The forecast was made at Boeing’s 2016 Pilot and Technician Outlook at EAA Air Venture Oshkosh.

The outlook is a respected industry study, which forecasts the 20 year demand for crews to support the world’s growing commercial airplane fleet. This year’s outlook focuses on cabin crew demand.

It shows a growth of 10.5 per cent for pilots over the 2015 outlook and 11.3 per cent for maintenance technicians.

The Vice-President, Boeing Flight Services, Sherry Carbary, said, “The pilot and technician outlook has become a resource for the industry to determine demand for successful airline operations. Cabin crew are an integral part of operating an airline.

“While Boeing does not train cabin crew like pilots and technicians, we believe the industry can use these numbers for planning purposes.”

Boeing said that new pilot demand had been primarily driven by new airplane deliveries and fleet mix, while new technician demand was driven by fleet growth.

According to Boeing, the Asia-Pacific region comprises 40 per cent of the global need due to the growth in the single-aisle market, which is driven by low-cost carriers, while North America is the result of new markets opening in Cuba and Mexico and demand in Europe has increased as a response to a strong intra-European Union market.