Two students from the University of Benin (UNIBEN), Edo state, have been nabbed by the authorities for allegedly stealing a a Toyota Camry car marked GRA 388 TN. The suspects, Agumi Emumeakor, 28, and Oyibochi Victor, 19, were arrested inside the premises of the institution while attempting to move the car away.

According to TheNation, the car was tracked on Sunday from Delta State to where it was parked inside the institution and policemen kept vigilance till Monday morning when the suspects arrived to take it away. 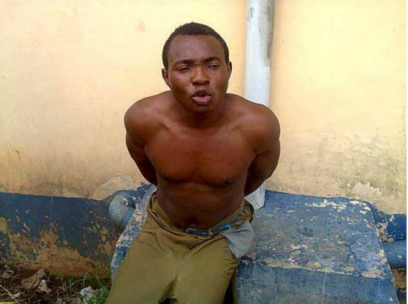 A resident in the place where the vehicle was parked informed the police that the suspects usually parked different cars at the same spot and come to take them away at exactly 7:30am. The suspects have, however, denied these accusations.

Victor, a 100-level student in the Department of Accountancy, said he was in the area to take the keys he left inside a car he boarded the previous day when he was arrested. He said he was sitting on his boss’s car when policemen started calling him thief.

Agumi, a 300-level student in the Department of Petroleum Engineering, said he was Victor’s boss and that they did not know anything about the stolen car.

The state Commissioner of Police, Chris Ezike, who paraded the suspects before they were taken to Delta State, said the stolen car was parked near the students’ hostel inside UNIBEN.