13 Year Old Nigerian Girl Interviews Buhari In The US

– Zuriel Oduwole may be only 13 years old but this special Nigerian girl has shown that age is nothing but a number, there seems to be no limit to her potentials.

Despite interviewing lots of presidents and meeting lots of prime ministers and dignitaries in life, the Nigerian girl, Zuriel Oduwole has kept her cool and seems to remain focused as ever.

Pictured is the teenage girl in a meeting with top company executives in the US. The most interesting part of this is how the top-shots listened to her with both their “ears and eyes” wide open as if it was president Obama talking. 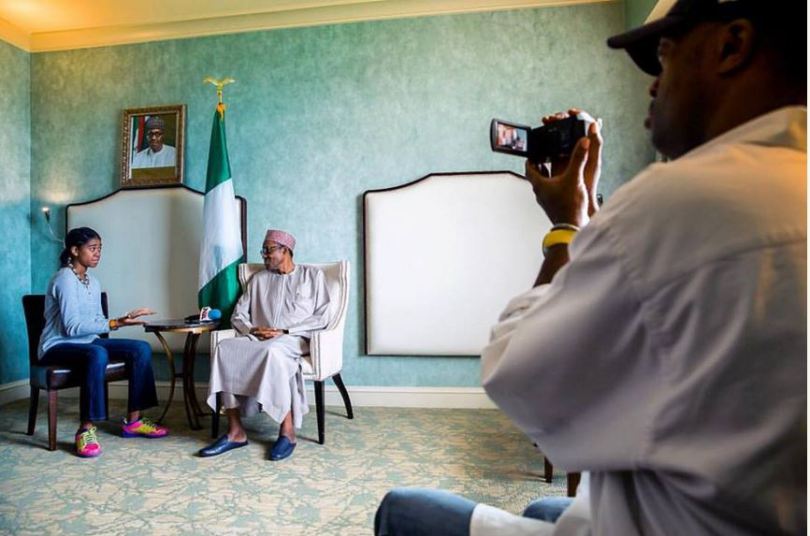 Meanwhile, talking about US presidency, Zuriel also has big dreams of becoming the president of United States in the future. Talk about an American president with Nigeria roots. We wish her the very best in her endeavors. 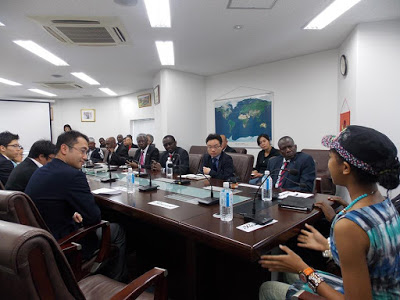 Zuriel has got really big dreams

She interviewed the Nigerian President on a recent trip to USA.

Zuriel Oduwole who has interviewed 18 presidents and youngest in the world to have been on the cover of Forbes Magazine – took to her page this morning to write. 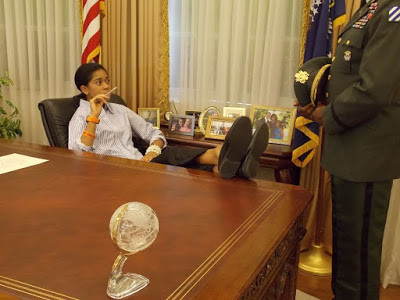 “Meeting President Buhari of Nigeria. So when the world calls a country Giant of Africa, it could mean many things. I started my day today with a Giant Breakfast at the Mandarin Hotel in Washington DC. The Hotel paid for everything – I guess because the LORD is the real owner Thank you Jesus. I read some news to know all that’s going on, before my meeting with President Muhammadu Buhari. I talked to him about Education, I asked him about the success of the fight against corruption, what he wanted his legacy to be after he leaves office, how he sees Nigeria. He was very pleased to see me and he said some funny things too. Being President of any country is Hard. I know because I have now spoken to 19 world leaders and they all say the same thing about this. LORD, Give me wisdom to make good decisions every time. Thank you for ordering my steps, and for putting me before Kings.” 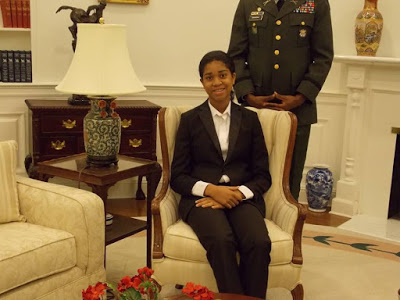