Applications are currently ongoing for the MasterCard Foundation Scholarships for African Women at Wellesley College USA. Interested students should see the details below. 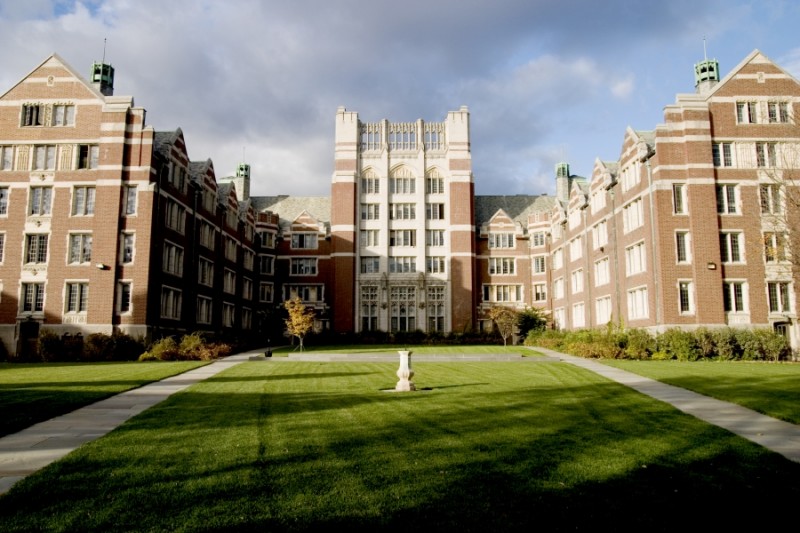 The MasterCard Foundation Scholars Program is a $700 million global initiative to educate and develop next-generation leaders who will contribute to social and economic progress. The Program enables young people from economically disadvantaged communities to complete quality secondary and tertiary education, and make successful transitions to further education or the workforce in their home regions. Over the next 10 years, the Program will select 15,000 Scholars, primarily from Africa, who will be unified by a common philosophy of change and ethical leadership.

At Wellesley College, known worldwide for its academic excellence, we bring a special expertise to this Program: We educate women who will make a difference in the world. As women are poised to take even greater roles as leaders in Africa, we want to offer them the transformative education, mentorship, and support that have empowered Wellesley women for more than 135 years. The MasterCard Foundation is providing funding for a total of nine MasterCard Foundation Scholars at Wellesley over the next few years.

As part of the Scholars Program, Wellesley will provide nine (9) African women with comprehensive support that includes scholarships, mentoring, counseling, and internship opportunities. Scholars at Wellesley will build experiences, values, and competencies that are critical to success in the global economy, and that enable them to give back to their communities and home countries. The students will arrive in groups of three students each year.

Is the scholarship/opportunity offered annually?

What are the selection criteria and How do I know if I’m eligible for the scholarship?

The MasterCard Foundation Scholars selected for the Program are:

What are the benefits of the scholarship?

How long will the scholarship last?

Which countries are eligible for the scholarship?

In which host country will the awardees be studying?

How to Apply for the Wellesley College MasterCard Foundation Scholarships

Please Note: Even if you are not awarded this scholarship, Wellesley is committed to meeting 100% of demonstrated need for all admitted international citizens who have applied for financial aid during the admission process. Its purpose is to support highly qualified candidates who could not otherwise attend Wellesley.

All applicants to Wellesley, who apply for financial aid and meet the criteria for the MasterCard Foundation Scholarship Program, will be considered for the Scholarship. You do not need to complete additional forms or take additional steps at this time.

Finalist candidates for the Scholarship will be contacted by the Admission Office (after they submit their applications to Wellesley) and asked to conduct a Skype interview.

Wellesley College is a private women’s liberal arts college located west of Boston in the town of Wellesley, Massachusetts, United States. Founded in 1870 by Henry and Pauline Durant, it is a member of the original Seven Sisters Colleges. Wellesley is home to 56 departmental and interdepartmental majors spanning the liberal arts, as well as over 150 student clubs and organizations. The college is also known for allowing its students to cross-register at Massachusetts Institute of Technology, Brandeis University, Babson College and Franklin W. Olin College of Engineering. Wellesley athletes compete in the NCAA Division III New England Women’s and Men’s Athletic Conference.

As of 2016, Wellesley was ranked the third best liberal arts college in the United States by U.S. News & World Report and first on The Princeton Review Best Professors list. Also, Forbes magazine in 2015 ranked Wellesley 26th among all US colleges and universities. As of 2017, Wellesley is the highest endowed women’s college in the world, with an endowment of nearly $1.8 billion, and had a Fall 2017 first-year student acceptance rate of 21%.

The college’s robust alumnae base has been widely viewed as the “most powerful women’s network in the world,” and its graduates are often recognized as among the most accomplished of any institution and most responsive to fellow alumnae. Notable alumnae include Hillary Rodham Clinton, Madeleine Albright, Katherine Lee Bates, Cokie Roberts, Diane Sawyer, and Soong Mei-ling.

The Mastercard Foundation is an independent global foundation which states it “advances youth learning and promotes financial inclusion to catalyze prosperity in developing countries.” Since its inception in 2006, it has collaborated with partners in developing countries, with a particular focus on Sub-Saharan Africa. It is based at the Eaton Centre in Toronto, Canada and operates independently of Mastercard International.