Applications are currently ongoing for the 2017 Zenith International Scholarships at Robert Gordon University. Interested students should see the details below. 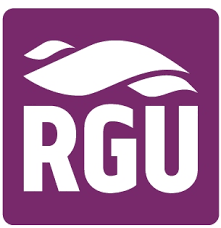 Robert Gordon University, commonly called RGU, is a public university in the city of Aberdeen, Scotland. It became a university in 1992, and originated from an educational institution founded in the 18th century by Robert Gordon, a prosperous Aberdeen merchant, and various institutions which provided adult education and technical education in the 19th and early 20th centuries. It is one of two universities in the city (the other is the much older University of Aberdeen).

Analysis published by the Higher Education Statistics Agency (HESA) has indicated that of those who graduated from full-time undergraduate degrees in 2011, 2012, 2013 and 2014, 2015 were in employment or further study within six months – one of the highest of any university in the UK.

The Zenith Oilfield Technology is offering scholarship opportunities to interested applicants who has interest in pursuing a degree program at Robert Gordon University, UK.

The Zenith Undergraduate Scholarship offers two undergraduate students funding support up to the value of £2,500 per annum.

For the period of study

Completed application forms should be submitted to Scholarships@rgu.ac.uk.