Study in UK: 2017 Clinical Ophthalmology Scholarship at University Of Edinburgh

Applications are currently ongoing for the 2017 Clinical Ophthalmology Scholarship at University Of Edinburgh. Interested students should see the details below. 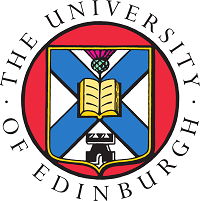 The Research Excellence Framework, a research ranking used by the UK government to determine future research funding, ranked Edinburgh 4th in the UK for research power, with Computer Science and Informatics ranking 15th in the UK. It is ranked 16th in the world in arts and humanities by the 2015–16 Times Higher Education Ranking.

It is ranked the 23rd most employable university in the world by the 2015 Global Employability University Ranking. It is a member of both the Russell Group, and the League of European Research Universities, a consortium of 21 research universities in Europe. It has the third largest endowment of any university in the United Kingdom, after the universities of Cambridge and Oxford.

The University of Edinburgh, UK invites applications for the David E I Pyott Master of Surgery in Clinical Ophthalmology Scholarship which is offered to students from Africa, South Asia, Caribbean Islands, Pacific Islands, Central and South America.

The application deadline for this scholarship program is on 28th July 2017.

The mode of application is online. Applicants should visit this link to apply.

See More Under: Postgraduate ScholarshipsScholarships for Medical CoursesStudy in UK