Study in Australia: 2018 $6,000 to $10,000 Sydney Scholar Awards for International Students at University of Sydney

Applications are currently ongoing for the 2018 $6,000 to $10,000 Sydney Scholar Awards for International Students at University of Sydney. Interested students should see the details below. 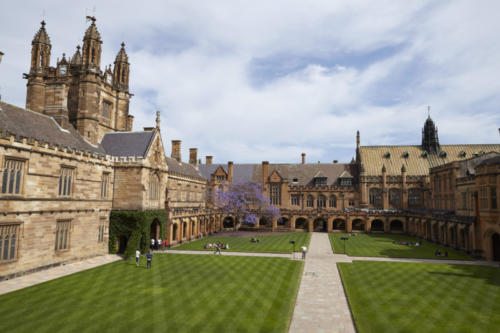 ts graduates are additionally ranked the 4th most employable in the world and 1st in Australia. The university comprises 16 faculties and schools, through which it offers bachelor, master and doctoral degrees. In 2011 it had 32,393 undergraduate and 16,627 graduate students.

The university is colloquially known as one of Australia’s sandstone universities. Famous for its heritage neo-gothic buildings and sprawling parklands, its campus is ranked in the top 10 of the world’s most beautiful universities by the British Daily Telegraph and The Huffington Post, spreading across the inner-city suburbs of Camperdown and Darlington.

Five Nobel and two Crafoord laureates have been affiliated with the university as graduates and faculty. The university has educated six prime ministers and 24 justices of the High Court of Australia, including four chief justices, the most of any university. Sydney has produced 24 Rhodes Scholars and several Gates Scholars.

The Sydney Scholars Awards offers prestigious scholarships to individuals who are interested in pursuing a degree in any Australian Institution.

This scholarship program is offered to Year 12 (SS 3) students who are willing to undergo an undergraduate degree program in any Australian Institution.

From one year, up to 5 years

For Sydney Scholars Awards, you will need to complete an online application form and upload your most recent school report.

Provision for a personal statement will be included in the online application. We suggest that you complete a draft first and then cut and paste your final answers into the text boxes provided. Please note there is a 1000 character limit on each text box (approximately 150-200 words). Strict character limits apply.