Home » Scholarships » Big Brother Naija (BBNaija) | How to Apply for the BBNaija Audition in...

Big Brother Naija Application: The fourth season of the Big Brother Naija reality show (One of Nigeria’s most popular reality television show) will be staged in Nigeria. This will mark the second time the Nigerian version of the reality television show will be shot outside South Africa since it began in 2006. As usual, the audition process will take place in major cities across Nigeria. 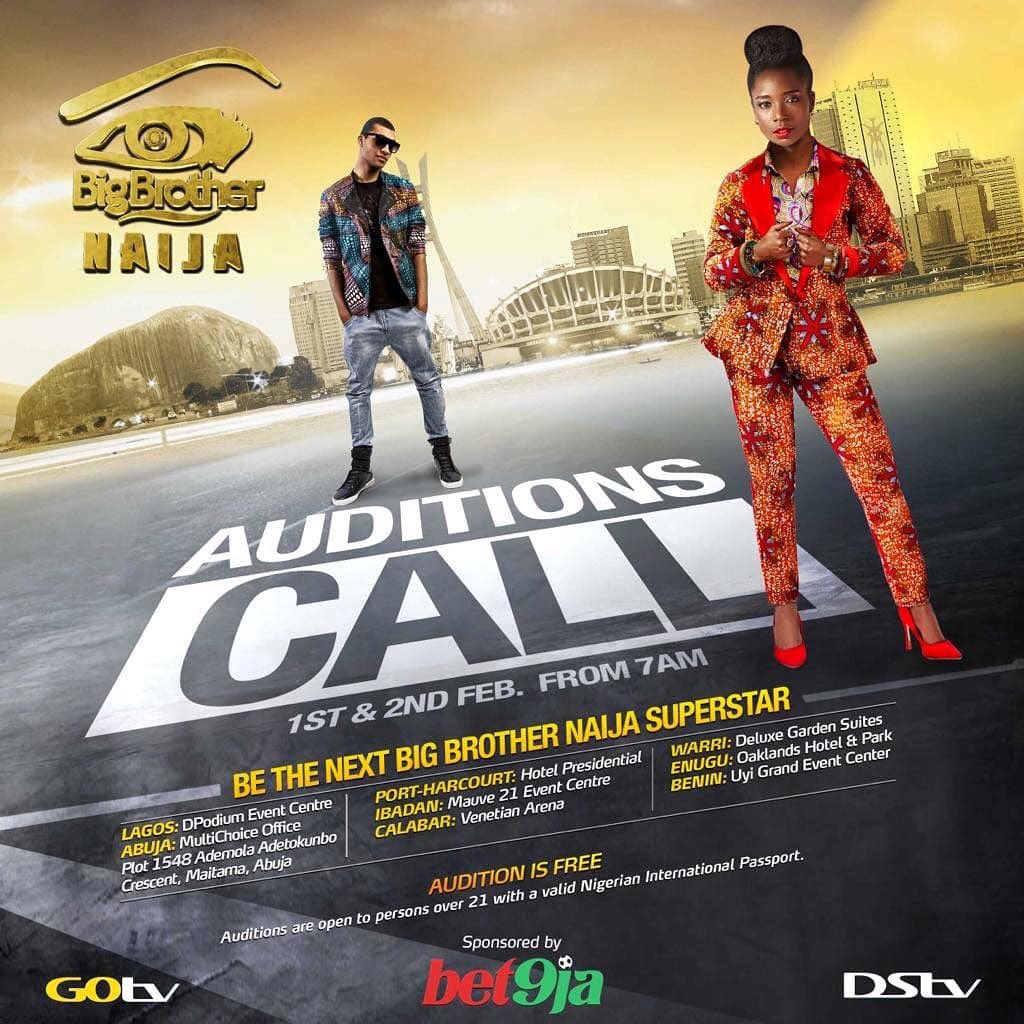 How to Apply for Big Brother Naija

BBNaija is a reality show in which contestants live in an isolated house and compete for a large cash prize worth $100000 at the end of the show by avoiding being evicted by viewers. Big Brother Naija auditions will be holding on Friday, February 1, 2019 and Saturday, February 2, 2019 by 7am across major cities:

Note: Auditions are open only to those above 21, with a valid Nigerian international passport. Audition is FREE!

Big Brother Naija, formerly known as Big Brother Nigeria, is a Nigerian reality competition television series, based on the Big Brother television franchise, in which 12 contestants live in an isolated house and compete for a large cash prize worth $100,000 at the end of the show by avoiding being evicted from the house by viewers. The first season of the show first aired on DStv Channel 37 from March 5 to June 4, 2006. The voting results were verified by the auditing company of Alexander-Forbes. A second season of the series premiered on January 22, 2017, and a third season debuted on January 28, 2018.

The first season of the show first aired on DStv Channel 37 from March 5 to June 4, 2006. In a twist to the game, two new contestants were introduced on Day 23, much to the excitement of the remaining house mates.

Ebuka, the most popular house mate for several weeks into the show and widely believed to emerge winner was the seventh house mate to be evicted; many viewers blame the Joe’s Fan Club (JFC) for his eviction. Joe himself was soon evicted from the show.

Big Brother added another twist to the game on day 79 by cancelling the day’s scheduled nominations and making the house mates believe they will instead be evicted based on their performances on assigned tasks while in reality no more evictions were held and viewers began voting for the winner who turned out to be 26-year-old Katung Aduwak.